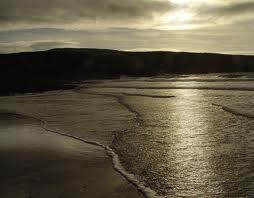 Arriving home Jan checked her message machine. There was only one. She hesitated before listening to it. She was in no condition to hear any vileness. She hit the button anyway and braced herself.

It was George from the detective agency checking up on her. Well, at least that was a positive. She dialled his number.

“Hi Jan. So he didn’t show. I wouldn’t worry about it. We can try again tomorrow. He’s bound to show up. I know this type.”

“I suppose so. I’m just worried about him showing up here. He knows where I live. If he has my phone number then he must have the address.”

“More than likely. I can have someone watch the house but it will be costly.”

“I’ll think about it. Can I reach you on your cell phone if he calls tonight?”

“Sure. Anytime. You take care. Be at the restaurant at your usual time tomorrow.”

The next day Jan drove to the parking garage, arriving earlier than usual. As she walked to the elevator she caught movement out the corner of her eye and felt her pulse begin to race. She looked in the direction she thought it had come from but there was nothing. She hit the elevator button and stood with her back to the doors until they opened.

Arriving at the restaurant and sitting in her usual seat she must have still looked alarmed because Kenny came over with a concerned look.

“Are you all right Miss Jan?”

“The man you hired, he just came in.”

He motioned with his chin but did not look.

“I know, he’s supposed to be here. He will follow my stalker if he shows up today.”

“I don’t think he will come. I think he knows about the man you hired.”

Kenny took her order and left. Jan wondered if he was right. By the time she was half done with her lunch she decided it must be so. The stalker was a no show. She finished her lunch and went over to George’s table.

“Well, you may be right. Since we have no other leads on him I’m not sure what we can do.” He thought for a moment. “He might call you again. I can put a trace on your line and try to get him that way.”

“I’ll be over to your place in an hour. I have to get some gear.”

Kenny was clearing the table next to them and discreetly listening in. As they left he shook his head. He didn’t think much of this detective. Miss Jan was in danger. Something needed to be done.

Arriving back at the garage Jan felt trepidation. Maybe it was just nerves but she had a bad feeling. She looked all around as she walked to her car. Nothing. Not a soul in sight. She told herself she was being silly and started the car.

As she drove down the ramp to the next level a man stepped from behind a pillar and smiled with satisfaction. The time was nearly at hand and a plan was in place. He walked to his car and before starting the engine he got out his phone and made a call.

When Jan arrived home she hung up her coat and was about to get a drink out of the refrigerator when she noticed the message light blinking on the machine. She walked over and punched the button.

This entry was posted in Uncategorized. Bookmark the permalink.